Striking a healthy balance with blockchain.

Eating healthy has always been one of the steps to live a happy healthy life, and like many, the idea doesn’t sound so hard, just avoid certain foods and the goal can be achieved. But as time has gone on so too has dietary requirements which constitute ‘healthy’ become more and more complicated. As the long list of what not to eat has become larger, with organic options gaining popularity there is now considerably more to worry about than whether pesticides were used on produce when shopping for your weekly meals. Now GMO meat is gripping us all with trepidation, what this could mean for us all? as we consume the mutated meat alongside their original counterparts.

“One of the concerns that critics have had about transgenic organisms is the possibility that they could introduce new allergens into the food supply via a protein that is not normally found in organisms we eat, said Greg Jaffe, director of the project on biotechnology at the Center for Science in the Public Interest, based in Washington, D.C., in an interview with The Current.”

More to the story here

Genetically modified animals are fast becoming a possibility in entering our grocery stores, with china working towards inundating the market with genetically engineered pork, forcing many of us to question whether buying GMOs is the best option. The animal in itself is a new class of food product which is already producing a considerable lack of transparency and information regarding where the meat came from and the tests required to release the meat for consumption. Within an article released by CBC, the topic of GMO meat has many of us concerned about the secrecy behind the new genetically modified meat.

“Lucy Sharratt, co-ordinator for the Canadian Biotechnology Network, said a major reason why consumers are wary is because of the way genetically modified foods are regulated in Canada. Health Canada doesn't do its testing of the foods, relying instead on data generated by the companies trying to put the foods on the market, which is kept secret. It doesn't disclose what it's assessing. Nor does it consult with farmers or consumers, or require labeling of genetically modified foods after the fact, she added. The issue of transparency … is so deep, she told The Current.” More to the story here

With these troubling questions about genetically modified food growing with the ever-present possibility of it entering our market, how would we know this pork was above board? How do we know we are buying GMO? With the already apparent lack of regulation in place, there needs to be a clear system to not only identify whether or not you are buying GMO pork but also have a clear alternative for those that don’t want to risk it.

Many will choose the option to support their local farmer, the one battling day in and day out to feed his family rather than a corporate structure with the secrecy surrounding the production and tests of the meat before release.

We want information and we want to have it accessible upon purchase and beforehand.

VeriDoc Global, in particular, has developed and implemented blockchain technology in several avenues allowing its supply chain technology to advance the way we choose food forever.

Veridoc Globals patented QR code blockchain solution involves embedding a QR code on an item with a unique digital hash inside the QR code. The hash holds a string of information that is then placed on the blockchain network for security, verification, and validation. Customizing the storage of necessary information on a blockchain network, an unchangeable and immutable technology.

Experience how easy our lives could be by downloading the free VeriDoc Global App from the Play or App Store and trying the tech for yourself.

Click here to go directly to the use case without scanning the QR code.

You could see where the animal was born and bred right down to transportation and arrival of goods. The technology allows for VeriDoc Global to customize the storage of necessary information on a blockchain network and tailor permissions and access to any supplier or customer.

Tracking, traceability for product location, assurances with GPS time and location stamps if wished, and change of state technology (CoS) for supplier transfers. With any information about the class and features of the product, you wanted to know.

I dare say many will choose to abstain from the GMO pork and buy locally sourced meat from hard-working farmers with the data to back it up.

With both needs then catered to and their concerns of an animal's origins addressed, whether it be homegrown GMO-free meat or the alternative both processes should have all transportation and data made available to the consumer. Tracked and transparent for all to see, then maybe being healthy would be just a little less daunting, and feel a little more like living.

This article was written by Reneé K and posted originally on Medium. To learn more about VeriDoc Global’s finished solutions visit the website at www.veridocglobal.com

Food Contamination with a Blockchain Solution.

It's About Time We Improved Food Labels. - People are still dying from mislabeled food.

Paddock To The Plate Use Case. 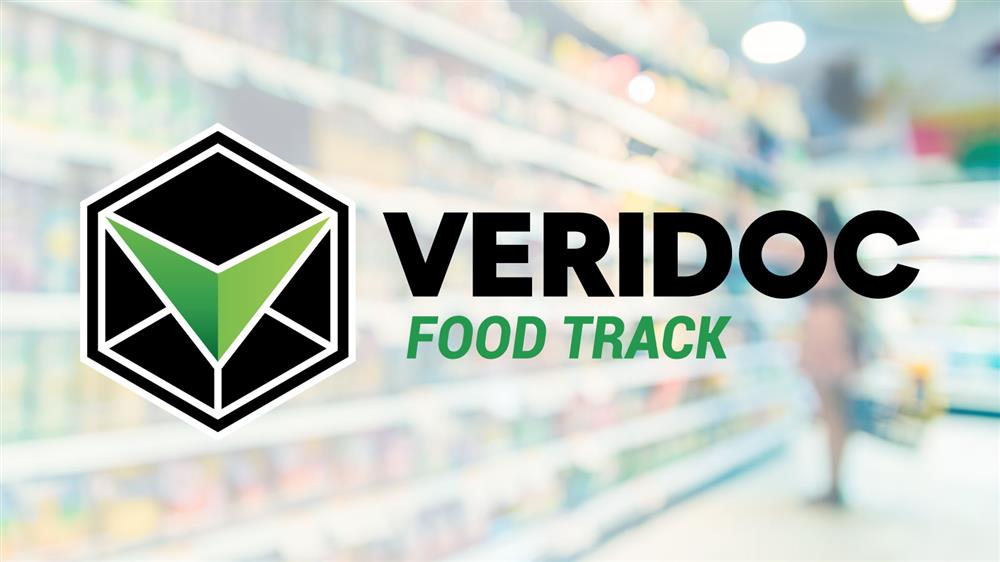 VeriDoc Food Track – The Solution to Food Tracking and Traceability